Preserving the History of Alabama through Leadership 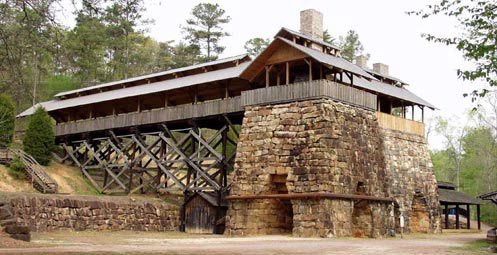 The remaining historical buildings and parks of Tannehill Ironworks and Brierfield Iron Furnaces tell the story of Alabama in the Civil War and the roots of nearby Birmingham. Because of the preservation of these parks, it’s easy for visitors to go back in time and explore the history of the area. And for J. Wright owner Jeremy Wright, that history is personal.

Tannehill Ironworks Historical State Park is a 2,060-acre Alabama State Park managed by the Alabama Historic Ironworks Commission. The park preserves and interprets the historic Tannehill Ironworks, one of the first iron-making operations in the Birmingham District with operations on the site along Roupes Creek dating back to 1830. The park was created by the Alabama Legislature in 1969, and its trails introduce dozens of tales from Alabama history. Signs throughout explain what happened there, whether a path to slave cabins or a reproduction of a 1800s grist mill.

In 1865, the furnaces met their end in fire and destruction as part of Wilson’s Raid, a raid on Alabama’s war industry sites, as Brierfield was a furnace for the Navy and Tannehill iron was cast into ordnance for the Confederate Army. Tannehill was later rebuilt, but Brierfield was not. These furnaces that supplied iron and steel were the start of the city we now know and love – Birmingham.

The Alabama Historic Ironworks Commission was established by Act No. 69-994 as amended to document Alabama’s 19th Century iron and steel manufacturing sites, to conduct a survey of historic ruins and specifically preserve the properties surrounding the Civil War-era Tannehill and Brierfield Iron Furnaces as state historical parks. 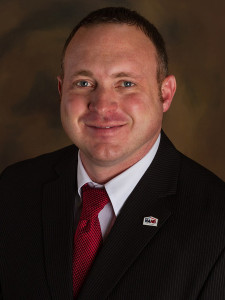 Since childhood, Jeremy Wright has visited the parks, as his family settled on land near Tannehill in the 1850s. Jeremy still owns this family land in Roupes Valley. He chose to be part of the Alabama Historic Ironworks organization because he wanted to be involved with the preservation of the sites. As a lover of history and beautiful architecture, Jeremy’s interest is preserving the historic buildings on each site. There are cabins, an old church, an old store, two old schools, and an old grist mill on the Tannehill site.  Most of the work by The Alabama Historic Ironworks Commission during the recent economic downturn has been maintenance on the buildings.

Appointed to the Commission by the Alabama Governor, Jeremy has climbed the ladder to Vice Chair. He works with the president of the organization to ensure that meetings and other activities proceed smoothly.  He also assumes the duties of the president when needed and leads others to ensure that historical sites are preserved.

To learn more about The Alabama Historic Ironworks Commission and its work preserving the state’s historic manufacturing sites, click here.